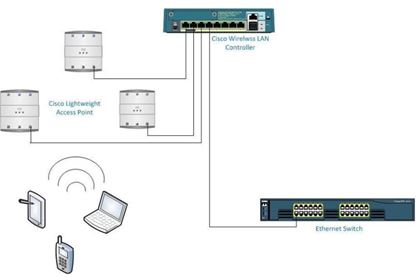 What is a Wireless Network?

A wireless local-area network (WLAN) uses radio waves to connect devices, such as laptops, to the Internet and to your business network and applications.

How Far Does the Signal Reach?

A wireless router or access point's signal typically extends up to approximately 300 feet.

What is a Wired Network?

A wired network connects devices to the Internet or other networks using cables. Some believed wired networks were faster and more secure than WLANs. But continual enhancements to WLAN standards and technologies have largely erased those differences.

WLANs are frequently offered in public places such as cafes, hotels, and airport lounges. In addition, many businesses have wireless networks throughout their office buildings or campuses for employee and guest use.

What Equipment Do I Need?

Many routers act as WLAN access points. They connect multiple computers (and wireless-capable printers) to a single WLAN and to the Internet.